Formally known as the “Manchester Pacific Gateway Project” and the “Broadway Complex”.

In September 2020 we learned that the stalled Manchester Project on the prime Western bay front of downtown San Diego is being taken over by a biotech REIT named IQHQ.  They took over all the project except for the existing Navy headquarters and the building site next to Broadway, which is being kept by the Manchester group.

To give a little history of the project, previous plans that were approved but stalled out due to the inability to secure construction financing (at least that what I heard).  That plan was comprised of a big office building adjacent to Broadway with a tiny hotel on the top (see picture) that was to be 400 feet tall.

The next building over was a 350 foot tall twin tower hotel.

Next to that is the Navy building that is now completed at 250 feet tall.

To the South of the Navy building was a few smaller office buildings.

There was supposed to be a lot of ground floor retail space in those buildings along the waterfront side.

Here is a picture of the old plans: 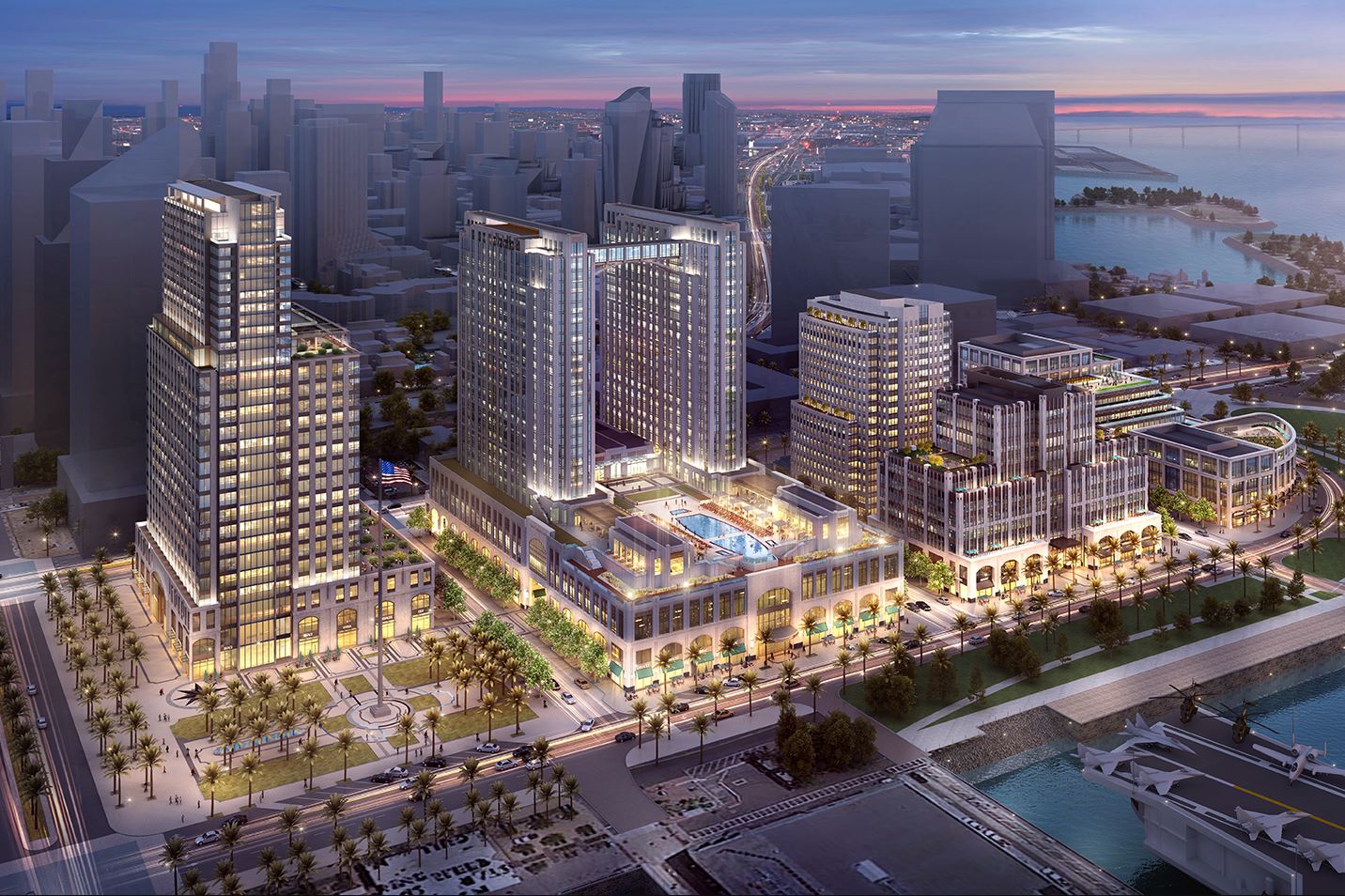 As of late 2020 those building plans are now very different.

Adjacent to Broadway is now a big hotel, which is what the Manchester group does best.  I have not seen any height published on that building yet, but it appears to be less than the 400 feet of the old building on that site.  Im guessing in the 350 foot range.

All the other buildings are going to be bio tech offices and labs with some retail on the ground floor still.

The first of these buildings on the land where the old twin tower hotel was to go appear to be in the 300 foot height range from the images I’m seeing.  Don’t be fooled when you read the news say a building is only 15 stories or something.  Condo buildings are mostly 10 feet per floor.  Commercial buildings can vary a lot.  For example the Navy building is only 17 stories but its 250 feet tall.  So please don’t think if your on the 18th floor in a near by condo you can look over a 17 story commercial building.  Easy assumption I hear a lot of Realtors incorrectly mention to their clients.

It appears the building in front of the Navy building and to the South are still very low in comparison to the others.  The Port of San Diego has a general rule along the waterfront that says the tallest buildings are to be up next to Broadway and then slope down from there as you get further from Broadway the lower they get.  You can see that general rule in the design of the buildings on the North side of Broadway (West of Pacific Hwy, which is Port property).  The Intercontinental hotel is taller than the Marriott hotel which is taller than the Whyndham hotels. 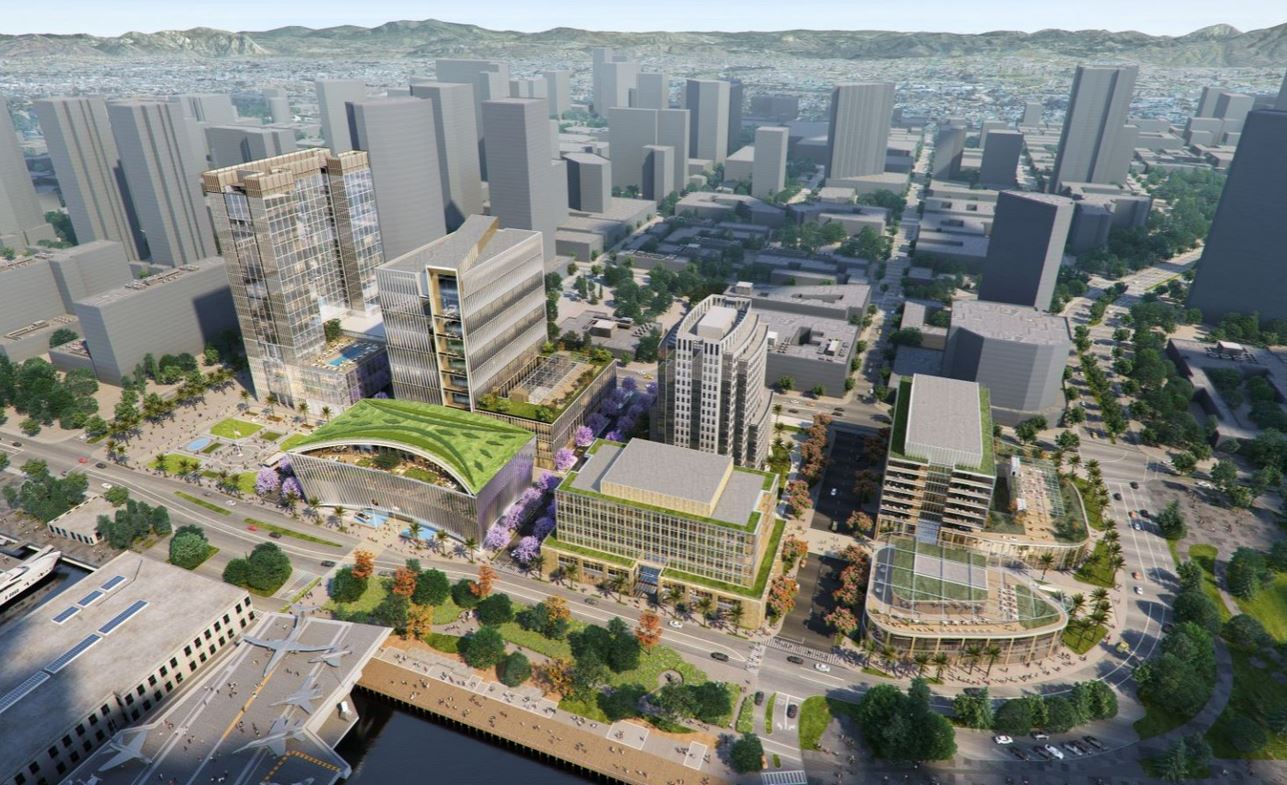 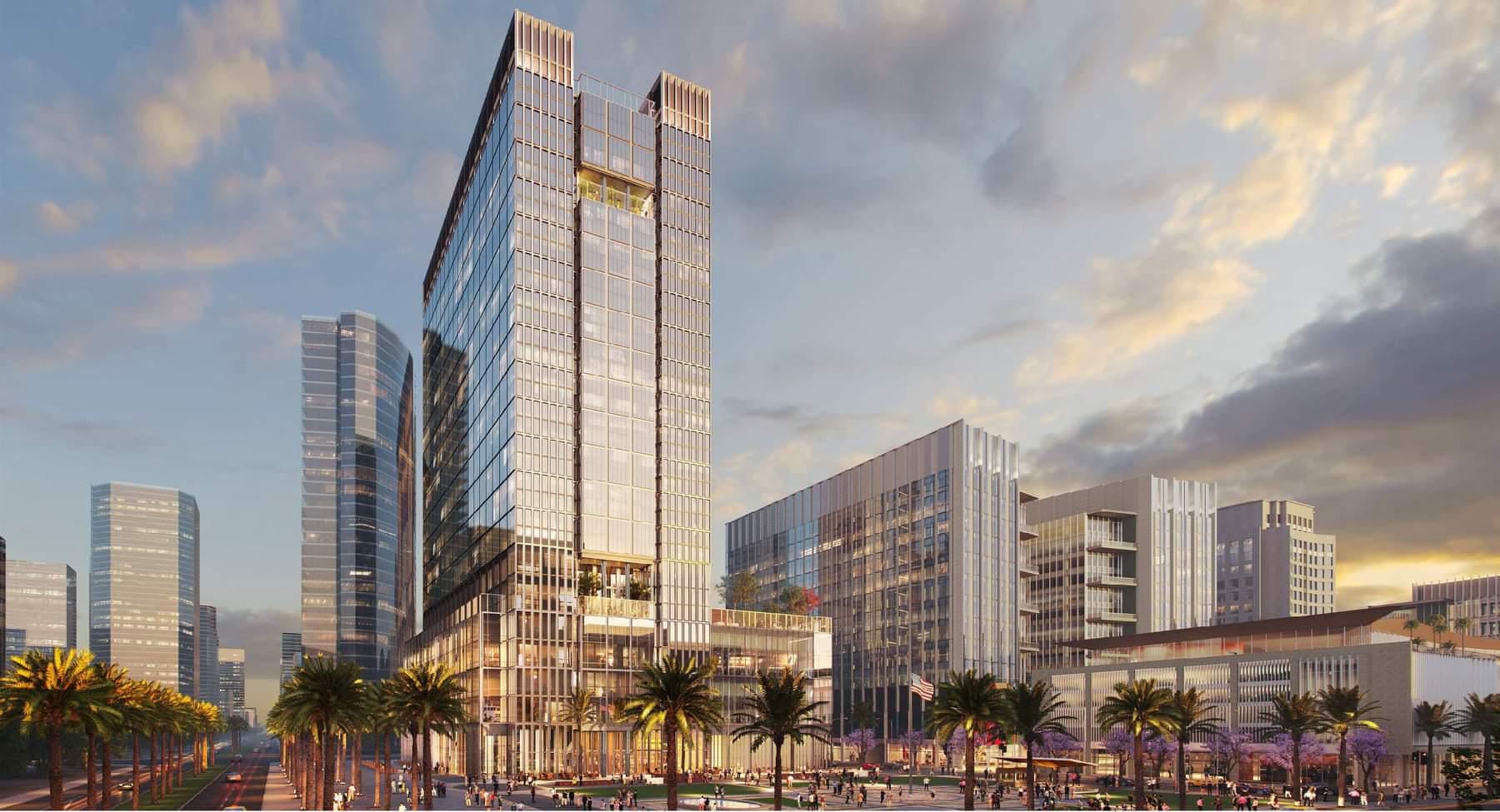 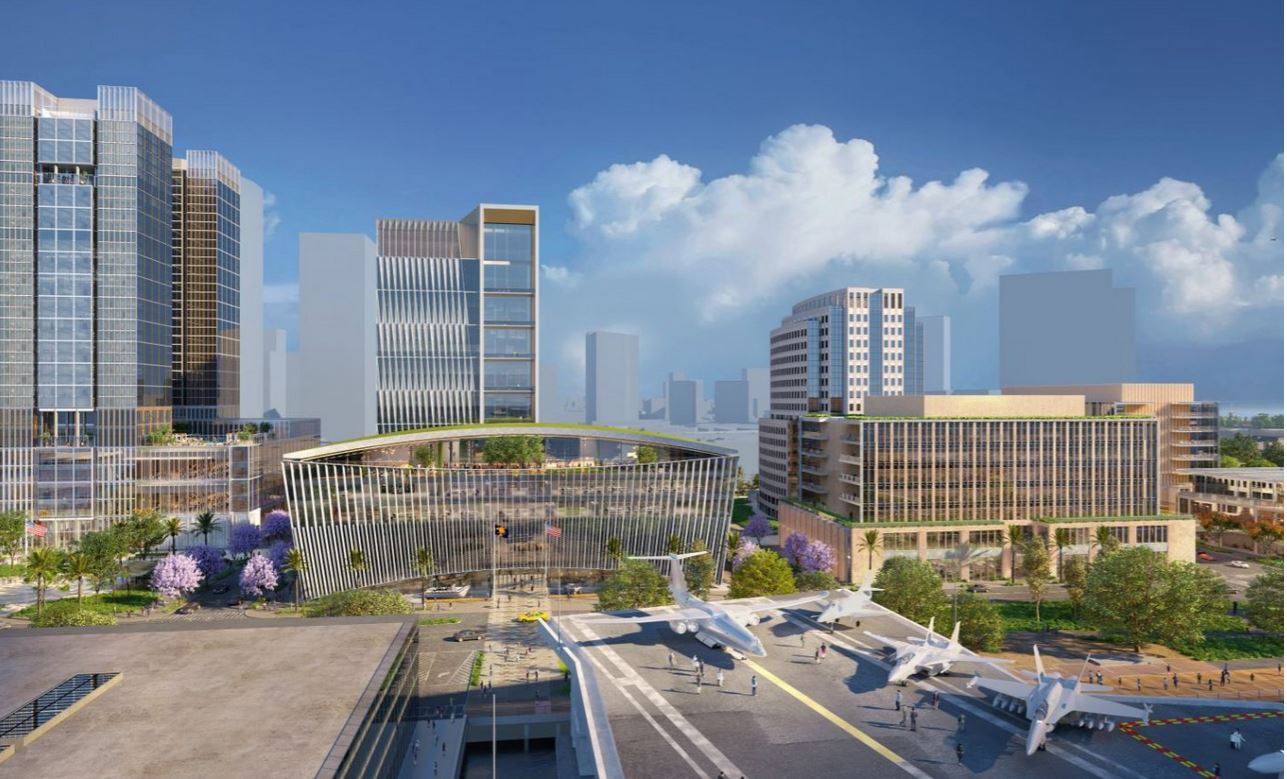