Looking for a condo with a great view, take a look at Park One #9, this condo has 270 degree wrap around views from the Mountains to the East, Balboa Park to the South, Downtown skyline and bay to the Southwest and views to La Jolla to the North.  The Park One condos are very unique having only one Penthouse style residence per floor.  There are no hallways to walk down and no neighborhoods on your floor.  The elevators open directly into your residence.

Designed as a dual master bedroom floor plan with a separate den/office and a separate laundry room.  Unit #9 was the Developers model unit and has been updated and upgraded compared to most units in Park One.  The 35 foot long balcony invites outdoor living. 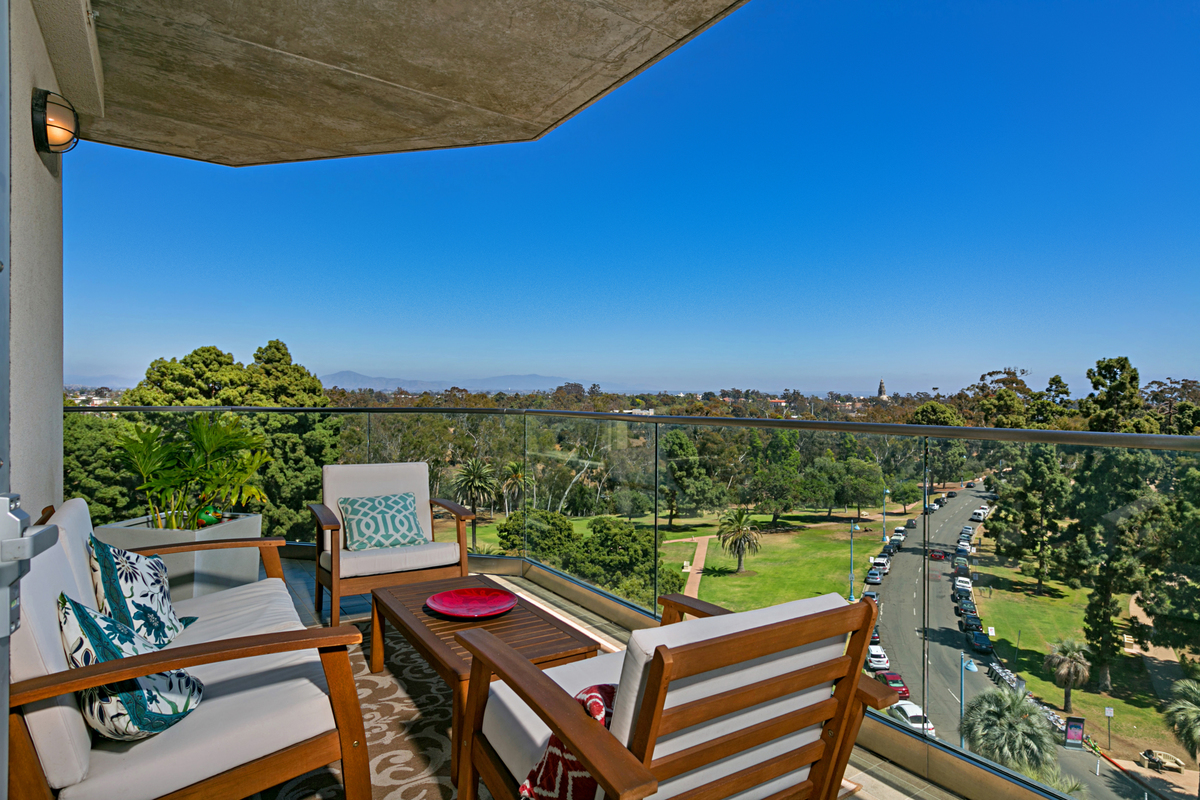 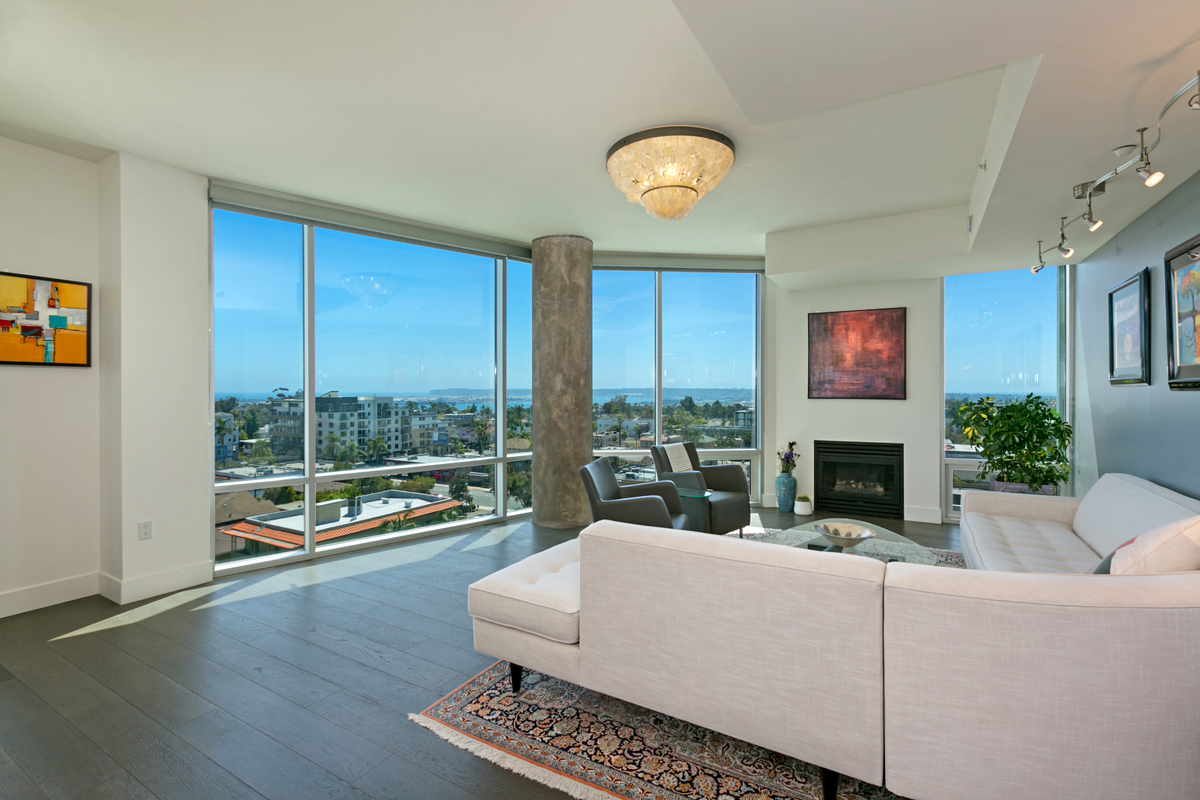